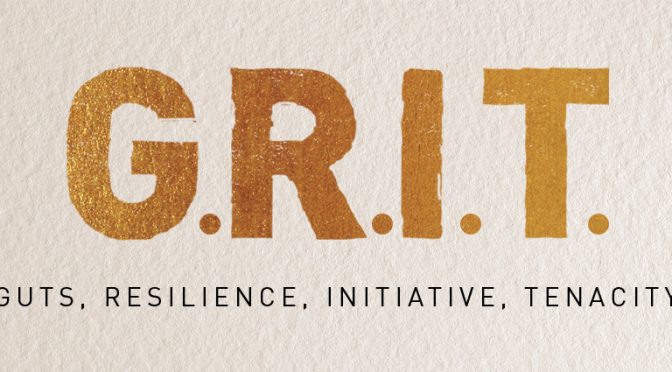 There’s that one movement we’ve all yet to master. Some skill that may be digging at you and every time you see it programed in the WOD, you want to go home. Often, members might not even show up to avoid a hard hero WOD or a difficult run. We are all guilty of it and its ok to admit how difficult focusing on your long-term goal may be. This is when you must remind yourself why you joined Crossfit in the first place. There are three deciding factors of success that play a role for every athlete, that is conscientiousness, self-control, and grit [2]. Each of these factors are determinants to long-term goal purists and have direct links to achievement. Out of these three factors, grit seems to be the most impactful on goal achievement.

Grit is defined as perseverance and passion for long-term goals. This simply means, how much desire do you have to achieve your goals? Athletes with higher levels of grit showed more effort of practiced skills the athletes are deliberately poor at, higher adherence to team and group membership during exercise, higher consistency of interest to skill practice, and less thoughts of quitting during exercise [2]. Simply put, the grittier the athlete, the more likely they will seek out all the skills they have yet to learn and will be less likely to quit when the work becomes difficult. This does not mean they learn the skills easier, rather, they recognize what skills they are not good at and purposefully seek out, practice, and want to perform these skills. This could be those double-unders you’ve always wanted, getting into a handstand, or even a muscle up.

Grit applies to more than just exercise. Success and grit was measure across six studies, examining undergraduate grades, West Point cadets scores, and even spelling-bee ranking. What was found is for each of the groups studied, those with higher grit also had higher scores. The undergraduates had higher GPAs, the West Point cadets were more likely to not quit and even held leadership roles, and the spelling-bee competitors ranked highest in their field [1].

What does this mean?

Grit is more essential to accomplishment than talent. This supports the adage, “Hard work beats talent when talent doesn’t work hard.” Every time you step into the gym, it’s a chance for you to get better. There is a reason you signed up for the gym and its important for you to remember that, especially in the middle of a hard WOD. When you’re sweating, breathing hard, and muscles are aching, remember, you are becoming a better person by not quitting on yourself now. If you can finish the WOD without taking a break, imagine what else you can accomplish with the rest of your day.