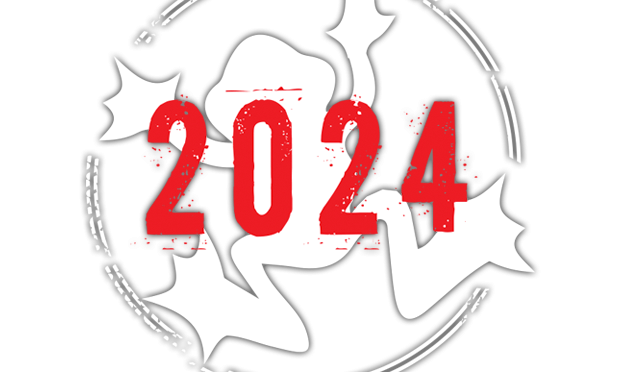 I’ve been asked many times how I started the gym and what 2024 means so I thought I would take today to write about it. Here’s the story. To keep you from having to read a novel, i’ll just go over the main points.

I started working out consistently about 12-13 years ago while I was in the Navy.  On deployments we had nothing else to do but work and workout so I decided to learn as much as possible about exercise by printing out tons of articles to read in my free time. Over the span of about a year, my body changed dramatically. I went from about 20% fat down to around 8% and thought I knew it all…boy was I wrong. As people saw me change, they started asking me what they should do to get the same results. I started helping people by having them do the exact same thing I did.I started enjoying training others and became interested in personal training.

After I discharged from the Navy I decided to move to Austin Texas to study physical therapy. I worked as a personal trainer to help pay the bills. I taught boot-camps, trained clients one on one, and decided to start training myself for a stage competition. I did my first stage competition at the Naturally Fit Super Show and placed 3rd in the Men’s Physique class. This opened the doors to a new level of training. I started training others for stage competitions and had a lot of success with transformations. During this time I was working at a physical therapy clinic as a PT tech. One day, about a year and a half of being at the clinic and finishing up my undergrad, I was walking with my dog Atticus on our normal daily  route. Thinking a lot about my future I realized that I was bored. I realized that the path I was going down was one of security and not one that followed my passions, so I made some changes.

I wanted to be on the SWAT team. My dad was a police officer growing up and it seemed like an exciting job. During my walk I decided to call my mom and talk through some things. She was very understanding and supportive of the changes. My dad called me later that day, talked with me a bit and also agreed that if I wasn’t going to be happy doing physical therapy then I should do what excites me. The conversations with my parents were very freeing. Although I always knew the importance of doing what you love, it was always important to me that I make my parents proud.  So I made the decision. I was going to apply for Austin Police Department and become a member of SWAT.

To cut a really long story short, I didn’t get accepted into the academy. I was lost on what I was going to do. I didn’t want to do physical therapy and I didn’t get approved for the police department. Later that year, the gym I was working at asked me to start the CrossFit program for them. Although I had been doing CrossFit for some time now (and loving it), I never actually thought about coaching. I agreed and was sent to get my Level-1 a few weeks later. A buddy of mine and I started up the program and put the entire gym together. We were off and running with our own little CrossFit program. The problem was we soon found out that the managers at the gym never actually affiliated with CrossFit. My buddy became frustrated and quit. I was on my own trying to run this program. The higher ups of the gym provided no support and I was left to figure it out. I was barely getting paid and having to be a gym owner without any access to marketing materials or systems.

About a year later I joined a small group at my church. As I told my story, a few of my buddies asked “Why don’t you just open your own gym?” I laughed and thought that it wasn’t possible, but the seed was planted. I started entertaining the idea of having my own CrossFit gym. A couple weeks to a month later I met my girlfriend and she mentioned that she knew 3 people who owned CrossFit gyms so we set up meetings. As I talked with the owners, I realized that it was a very doable task. One problem I had was that I didn’t know what to do and was comfortable in my job. Jamie and I prayed day after day that God would lead the way. I prayed that if I had to get fired to take steps forward that the Lord would let that happen. I knew what I had to do next. I went online and signed up for Tony Robbin’s Unleash the Power Within seminar. I knew that I had this business idea and that to push me past the edge I had to go back to UPW and get in a better state. My girlfriend and I were on day 1 of the seminar when I made the decision. “I am going to give myself 3 months to start this process. I am going to quit my job on my birthday.” A few days after returning to Austin an old acquaintance (now friend) reached out and wanted to train for a bikini competition. I agreed to train her and wrote up one of my contracts. Funny enough, I hit print on the computer and it went to my boss’ printer. My prayer was answered. I was fired for training someone at the gym without the gym being paid. I had given myself 3 months to quit and 3 days later I was fired. This was one of the best things that has happened to me.

I started applying for loans, looking for gym spaces, and just walking blinding through the process of opening a business. I found the perfect space. It was in a cheap area of town that was growing quickly. Every month a new high rise was going up, the new town-lake boardwalk was being finished, and businesses were moving into the area. I knew it was the place I wanted to I secured it. The problem was I still didn’t have the money. I was being turned down for every loan I applied for. I was frustrated and worried. I signed off on a lease and didn’t have the money to pay for it. I kept praying and trusting that if God led me to this point that he would lead me the rest of the way. One night after getting home from a long day of work my phone rang. It was a man that I knew by way of a close friend. It was a call that I never expected. He offered to loan me whatever money I needed. I teared up and quickly accepted.  The rest is history.

Looking back at the last 10 years is something I do often. Many times in life we feel like we know exactly what we want and later find out that we were wrong. I went through years of trying to figure out what I wanted to do and going through what I thought at the time was failure after failure. There is more to my story that was not told in this blog, but as I look back, these “failures” were actually time of tremendous growth. I realized as I looked back at the entire process and how far that the Lord has brought me that there is not a more appropriate name than CrossFit 2024. It stands for Acts 20:24 which says, “However, I consider my life worth nothing to me; my only aim is to finish the race and complete the task the Lord Jesus has given me — the task of testifying to the good news of God’s grace.” To me this means that no matter what I go through and no matter where I am led, my task is to do what I was put on this world to do and that is to lead others to Christ. As for the frog? I was always told growing up that FROG stands for Full Rely On God which is what I’ve tried my best to do this entire process. Ultimately I have realized over this process that the Lord ALWAYS has a better plan. Sometimes I have felt as if nothing can go my way, when in reality, every aspect and every struggle has been to lead me to where I am today. I am excited to see where my story continues and to see where the gym is led over the years.

before you go…..watch this video